3 days ago
2021 Philharmonic Coins Strike a Chord with Collectors
4 days ago
Long-Awaited 2020 Libertads On the Horizon!
6 days ago
Bounce into Next Year with the 2021 Kangaroo Coins
1 week ago
The Bull and Bear Coin Charges Onto the Scene
2 weeks ago
2021 Silver Kookaburras Dive In from Down-Under

Right now, the palladium price per ounce isn’t high enough to entice miners to produce more of the metal’s partner, platinum. The Palladium price is currently higher than the price of gold.  Platinum prices remain low. Since palladium and platinum crop up together in the same deposits, and platinum is now going down in value, miners aren’t digging up either metal. 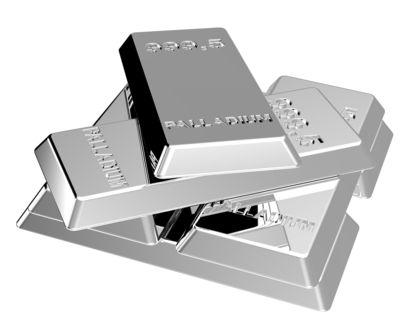 Palladium is now going head-to-head with its partner platinum. Palladium was once an “unworthy” byproduct of platinum mining. That is until catalytic converters came about in the 1970s. Now, the palladium price is hitting new records. The spot price peak was at an all-time high of $1344.41 a troy ounce on Wednesday, January 9th, 2019. These record highs have made palladium more costly than the price of gold; something buyers haven’t seen since 2002.

10 years ago, an ounce of platinum could buy you more than 5 ounces of palladium. Now, it only buys you 0.6 ounces. Palladium has gone up indeed.

However, prices on palladium still need to rise to trigger a renewal in supply. Although, some do think the spike will cause a reversal and slump (something that often happens with commodity prices).

Palladium and platinum sure are partners in their own right. They are an intertwined group of metals. They are merely the “Platinum group metals.” The other metals in this group include rhodium, ruthenium, osmium, and iridium. These metals come from only three places in the world. Small amounts are in North America, particularly the U.S. and Canada. However, most of the metals are in Southern Africa and Siberia, Russia. About 80% of platinum comes from South Africa. Palladium remains currently split between Siberia and South Africa. These metals are together in the same deposits, so you can’t get platinum without some palladium. And you can’t get palladium without some platinum.

So, the value of one affects the amount of the other. This is important to note, as industrial demand for platinum has gone significantly downhill. Why? It’s is a combination of the diesel scandals (such as Volkswagon) that have affected the international automotive industry in recent years. Platinum a useful metal in diesel catalytic converters. Its partner palladium is in exhaust scrubbers of gasoline powered cars. Unfortunately, these sectors seem to be suffering. The metals are indeed moving in opposite directions. According to Johnson Matthey Plc, a metal refiner, the autocatalyst demand for platinum has fallen the last few years. This is even as the industry’s need of palladium rises.

According to data from Minxcon Group, South Africa, which mines most of the platinum in the world, is now struggling. Though palladium prices are higher, only about 25% of South African mines see a profit. This means that 75% of the mines don’t see market prices above production costs. Platinum is currently pricing around $800 a month.

For about ten years, five miners have reigned King in the Southern African industry. These are Anglo American Platinum Ltd; Impala Platinum Holdings Ltd; Lonmin Plc; Sibanye Gold Ltd; and Northam Platinum Ltd. They now fail to bring in a double-digit return on their equity. A double digit return is usually the baseline for a valuable and worthy investment. Prices for palladium will have to get higher to entice these miners to continue digging.

However, there is a precious metal buried in the depths of Siberia. It’s called MMC Norilsk Nickel PJSC. In South Africa, palladium is one-third of the platinum group output. In Norilsk, it’s a whopping 80%. Investors are now looking into shareholding here, although it’s risky. However, it could become valuable stock. Shares are worth about six times blended forward 12-month cash flows. The return on equity could be over 50%. And, it hasn’t been below 10% in more than ten years. However, Norilsk is not enthusiastic in the rush to mine more. It’s projected platinum-group output range will go to about an additional five tons between 2018 and 2020. This number will increase to 20% by 2020. After that, it is looking into developing the giant unexploited resource. This development will be in partnership with Russian Platinum Plc. Yet, short-term it’s not helpful to platinum and palladium prices.

The automobile industry currently uses about four-fifths of the palladium in the world. Yet, it may not be enough to offset this dire situation. Palladium demand has grown in recent years from tighter emission laws. Thus requiring more of the metal in each car made. The U.S. is trying to reel in these regulations though. This could make palladium more worthwhile the world over.

So what to expect for the next decade?

The palladium price may change over the next decade or so, but at present, it’s still going strong. Palladium surpasses even the price of gold at this point in time.

Tune here to Bullion Exchanges for the most up-to-date news in the precious metals industry. If you decide to purchase palladium, platinum, or any other precious metal to diversify your investment portfolio we are here for you. Please do not hesitate to contact us by web chat, email, or phone.

CHECK OUT OUR PALLADIUM AND PLATINUM PRODUCTS: